The ‘walled city’ of Kowloon in Hong Kong was unlike anywhere else in the world. A lawless mish-mash of buildings seemingly thrown on top of one another, it was a stand-alone city block that almost defied explanation. 33,000 living in just one crazily crowded block. Its very nature made crime rife and its labyrinthine layout and ‘anything goes’ spirit made cops, understandably, very nervous. Kowloon Walled City was as unique as it was scary. As impressive as it was depressing. But just how did the monstrosity, knocked down two decades ago now, come to be?

Hong Kong is now one of the financial capitals of the world; a real symbol of Chinese success. But not all that long ago, the island was part of the British Empire. Well, almost all of the island was… Kowloon was, rather bizarrely, a tiny little fortress, a leftover part of the Qing dynasty. And as such, it was exempt from all sorts of laws and restrictions and legislation and Healthy & Safety rules. And what happens to housing when no rules apply? The Kowloon Walled City, that’s what. 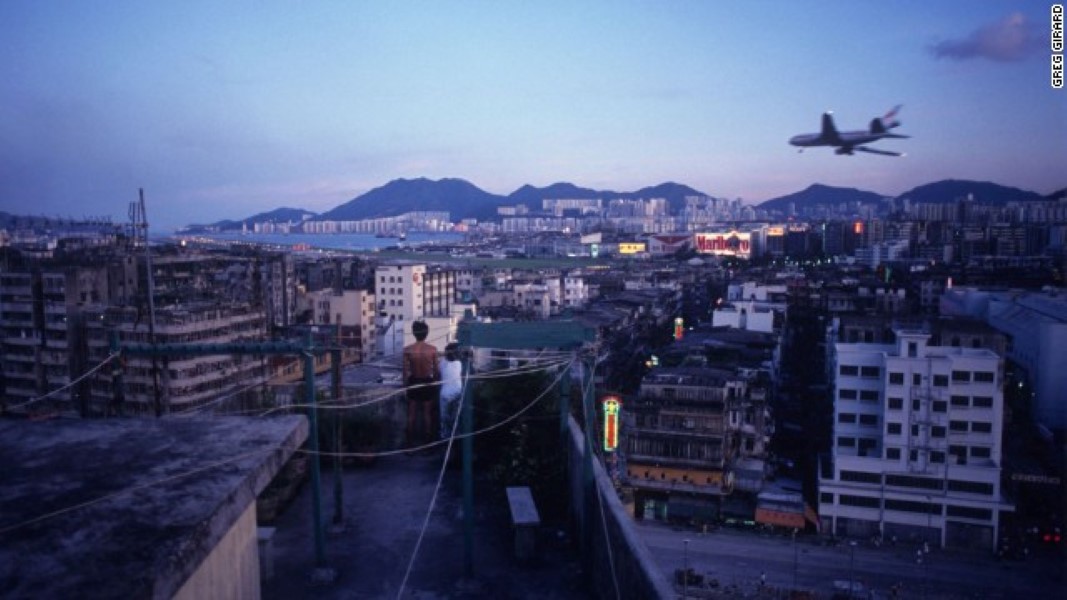 Two journalists, Ian Lambot and Greg Girard, spent a lot of time there, investigating it…

“Quite often houses were built by building onto the next building, punching out walls to use their staircases,” says Girard. “A lot of them didn’t have access to air or open space, because they were enclosed in the center of the structure. The places that stuck out were the meat factories. There were pig carcasses laying splayed out on the floor; they’d burn the hair off with a blowtorch, it was all pretty open and of course there were no health laws governing the place.” 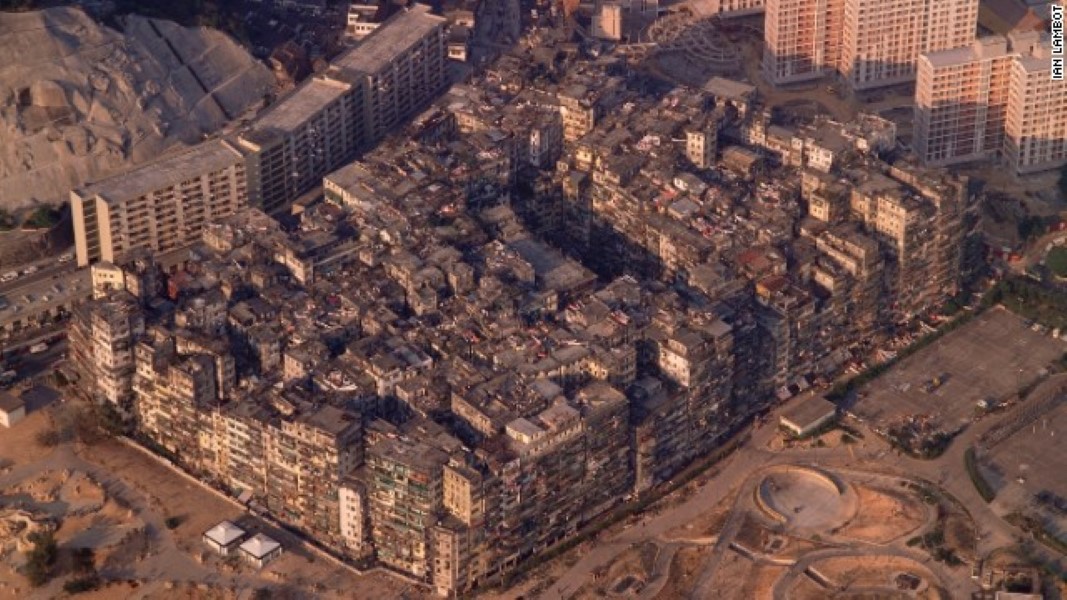 It was an incredible place. Watch the video and discover for yourself: