The Simpsons is arguably the world’s best loved TV series. It’s been about for more than twenty five years now and it’s exported all over the world. Alright, alright, the past few years have seen diminishing returns and we yearn for the good old days, but it’s still worth twenty minutes of anyone’s time. And the 2007 movie was brilliant. So good was it that we naturally just assumed that they’d be a sequel. But, almost eight years later, we’re still waiting. So what’s the hold up?! After all, the first movie took almost $530m at the box office.

Well, it looks as though we might be in luck. A top producer behind the show has broken his silence on the project and said that a new movie might well be happening. In fact, in a recent episode, our favourite yellow family were abducted by show regulars, aliens Kudos and Kang. So what? Well, that very plot was going to be the plot to the new movie… 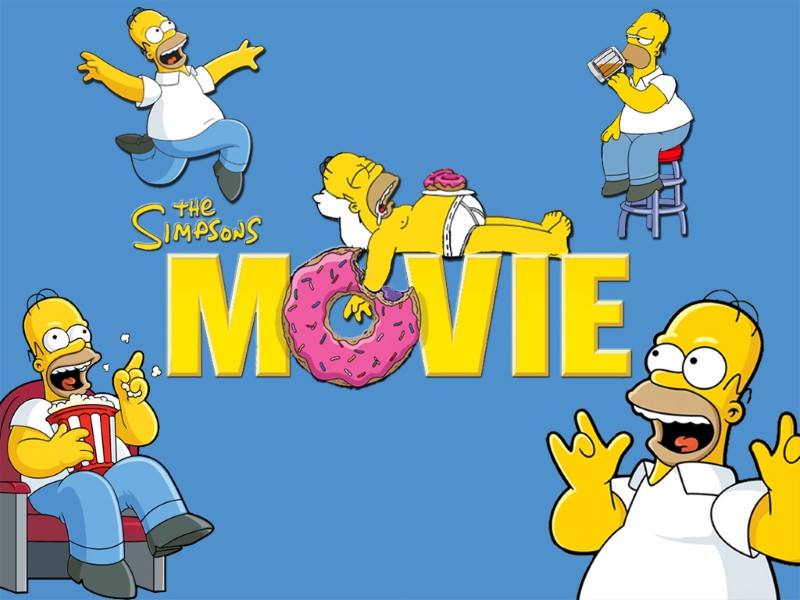 Producer Al Jean, whose name you’ll no doubt recognize from the show’s titles and credits, says this:

“Two of the allures were exploring the rules of the new world and the cinematic nature of doing something in space. But then we were worried that people might think it’s an idea that’s not canonical – it doesn’t really happen, unlike all of other 560 episodes that really happened – so the ultimate decision was to air it as an episode. So if you want to know what was thought of a possible Simpsons Movie 2, we just aired it – for free!”

“My guess is that the chances of a second movie are about 50/50. Our feeling is that the first movie was successful. And I’m not talking about financially only – I’m also thinking about no one wants to do a movie where people think, ‘Why did they do that?’”

Sounds promising, doesn’t it? Let’s keep our fingers crossed and try not to have a cow while we wait for further news.