An 18 year-old man from the town of Clydebank in Scotland has been arrested and charged for three separate drive-by POTATO attacks. The loutish teenager had spent December 29th on a starchy rampage, pelting pedestrians with uncooked baked potatoes from a speeding car. Two people were injured in the attacks, a 13 year-old girl and a 32 year-old nurse. Police are yet to say what the man’s motive was, if any. Although Inspector Natalie Doherty, of the Clydebank Community Investigation Unit, did say this:

“Whilst initially the males involved may have deemed this a boyhood prank, the consequences were clearly not considered and as a result two females including a 13-year-old child have been left injured.”

Ms. Doherty went on to confirm that they had positive information which they hope will lead to the arrest of a second man, thought to be the driver. 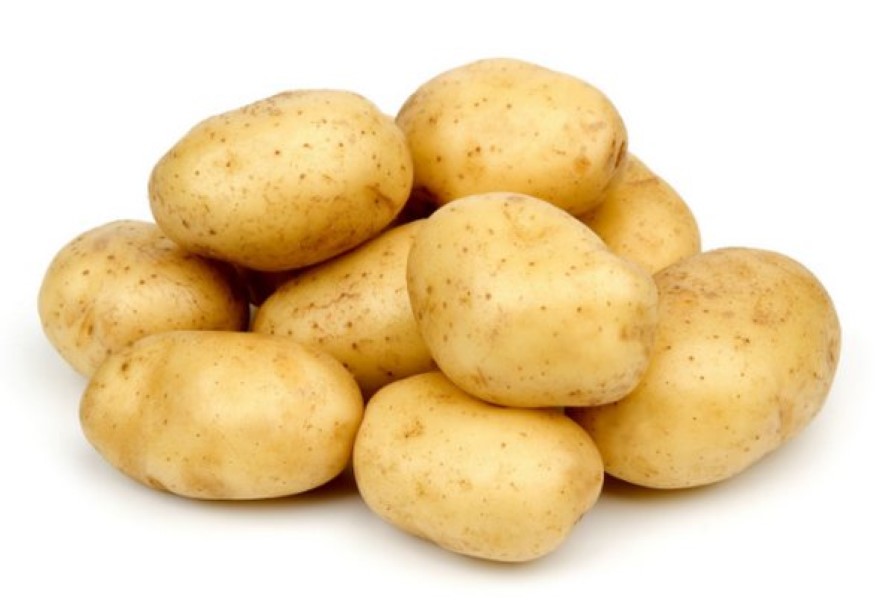 The young teenage girl who was attacked was hit in the face by a large potato, thought to be a Maris Piper, on Mountblow Road and suffered from some quite nasty facial injuries, leaving her with severe bleeding and bruising. She posted this picture on her Twitter account on the day: 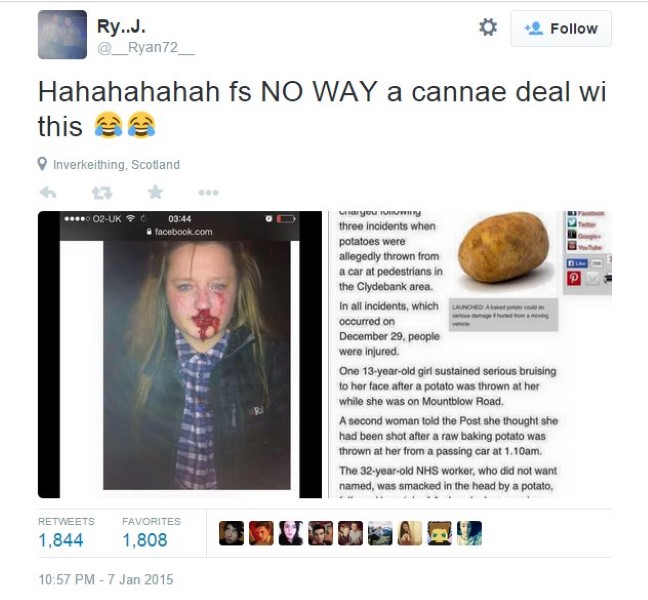 She told her local newspaper, The Clydebank Post: “I’ve never heard of anything so ridiculous. In my line of work you hear a lot of crazy stories but this tops them all. I was so shocked – it was terrible. I actually thought I had been shot by a BB gun.”

What a weird story.