Bono, Blue and Roxy. Three ordinary little pugs. With two very extraordinary owners. You know it’s weird when you spot a dog wearing a little coat when it’s out on walkies, isn’t it? And then you see those nutjobs online that dress up their dogs in dresses and hats and things? Well, for Bono, Blue and Roxy – their owners go one step further. Fans of the hit TV show Game of Thrones, Californian couple Philip and Sue Lauer thought it might be a good idea to dress their canine trio up like characters from the show. And the results are, well… They’re certainly something… Check it out: 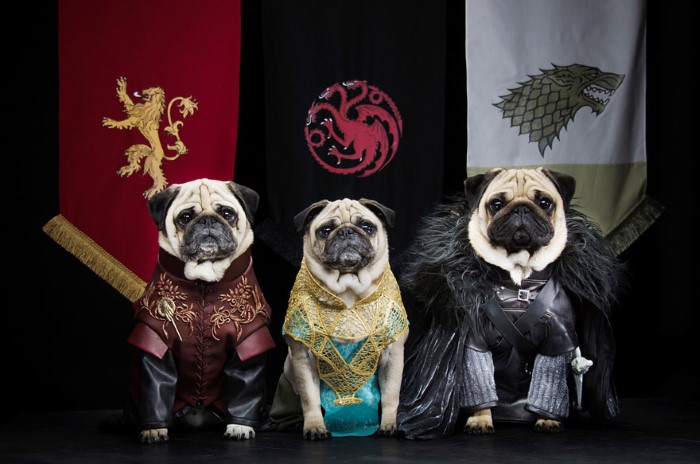 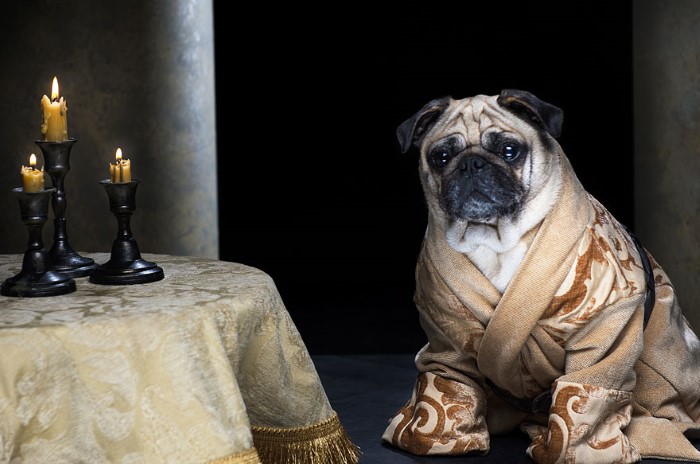 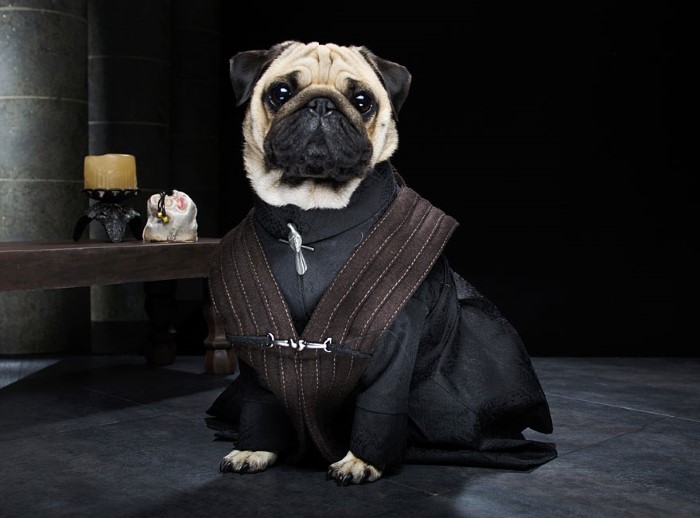 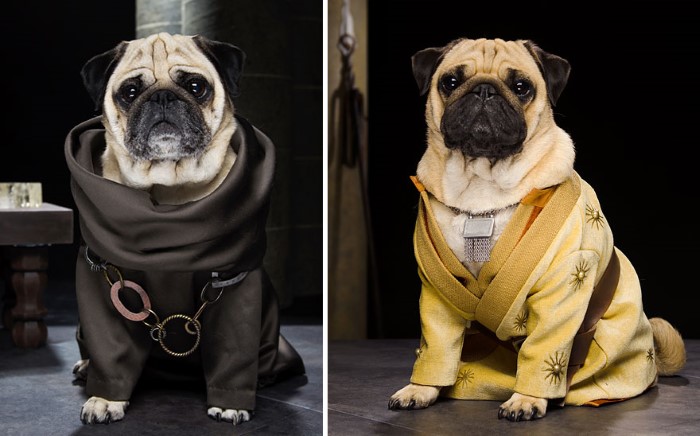 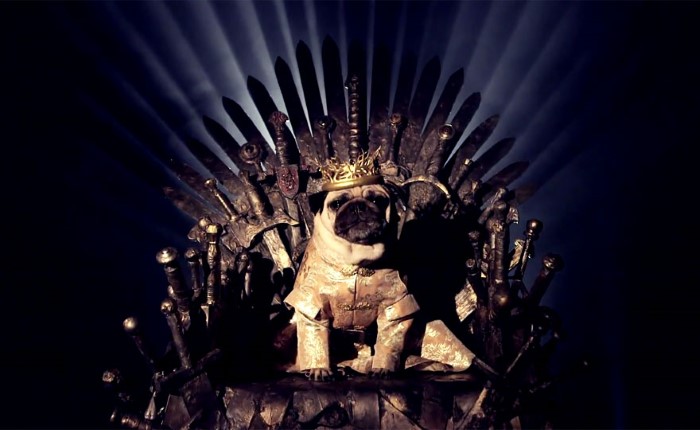 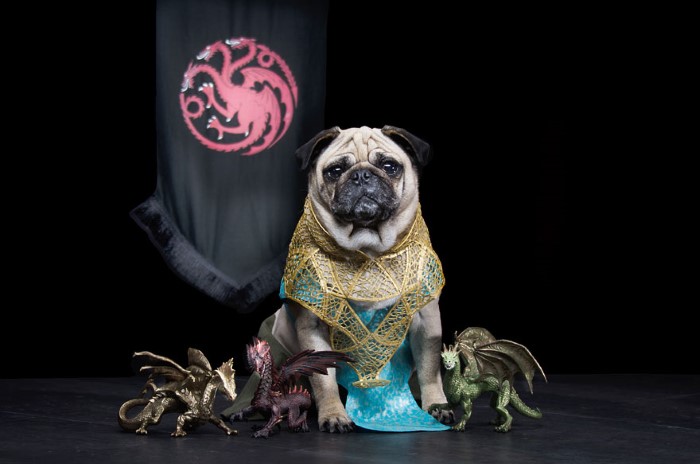 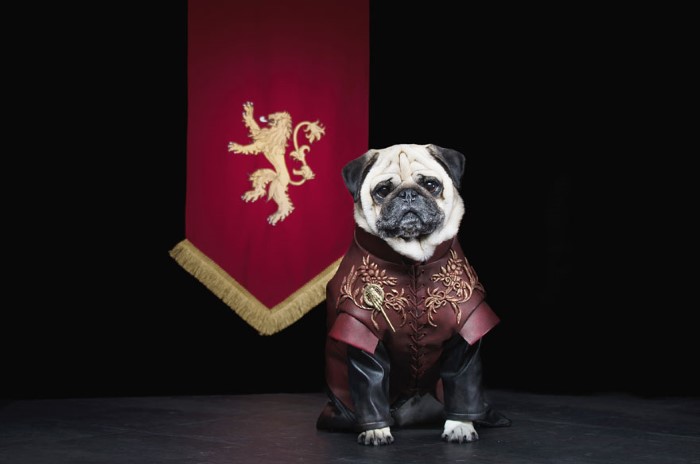 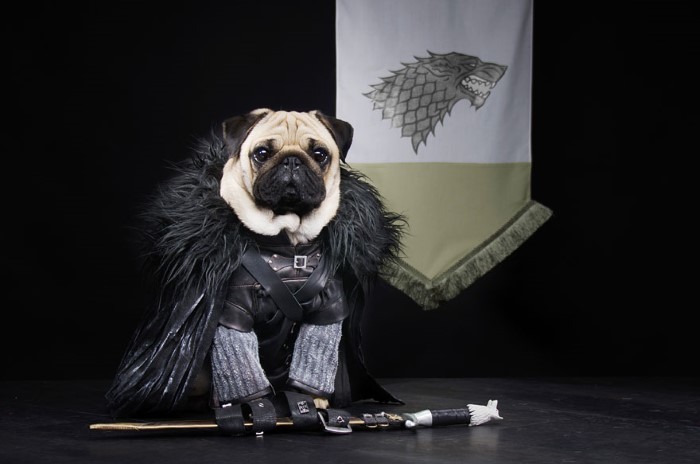 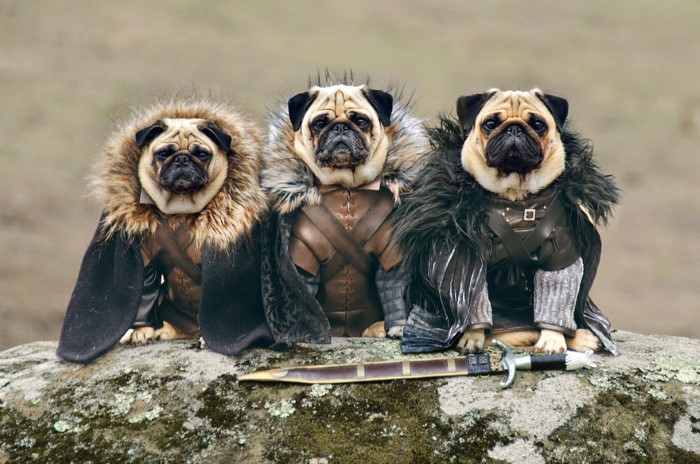 And as a little bonus, check out this video of the GoT pugs in action:

One does not simply dress one’s pugs up!