Kimberly Fugate is a happily-married woman with a ten year-old child. The 42 year-old was shocked to hear news from her doctor last year, though. She was thirteen weeks pregnant!

The shocks kept on coming for Kimberly too. It wasn’t just the one child she’d be having… Or even twins! That right, she was all set to give birth to triplets. A daunting task for any mother, but one that her and her husband were looking forward to. 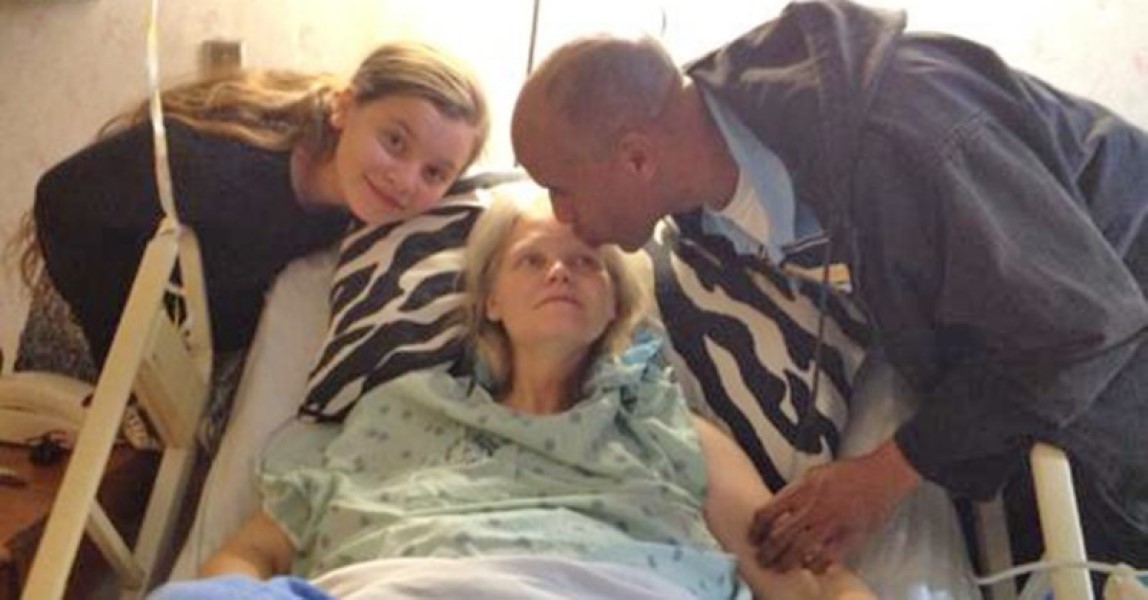 There weren’t three babies. There were FOUR babies! That’s right, Kimberly was giving birth to quadruplets. At the age of 42, she was blessed with the mammoth task of giving birth four times. But, despite the births being premature, it all went smoothly. 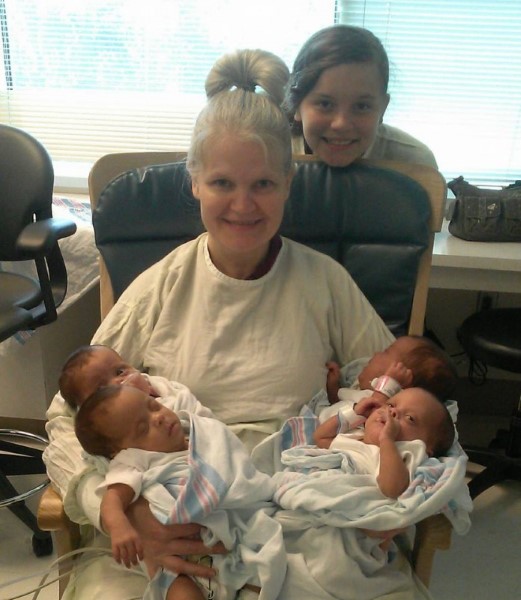 “It was all very overwhelming when you think about it and all the changes that come next,” says the now mother of five. “I tried to digest everything day by day. I know everything will be okay.” 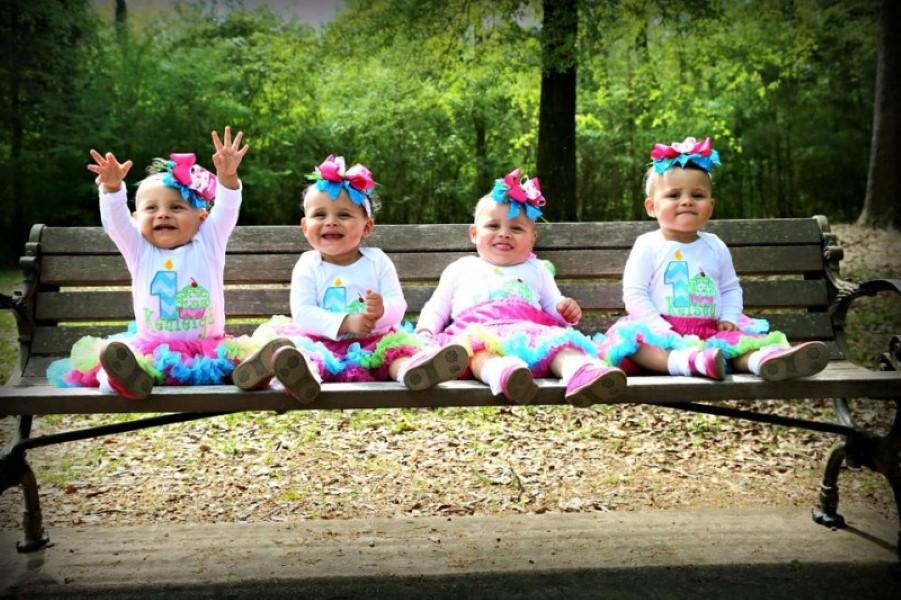 Think the shocks were done? Nope! It turns out that the four girls are what’s known as ‘monozygotic quadruplets’ In other words, all four are identical! What are the odds?! Well, the chances of that happening naturally once are about 1 in 13 million… 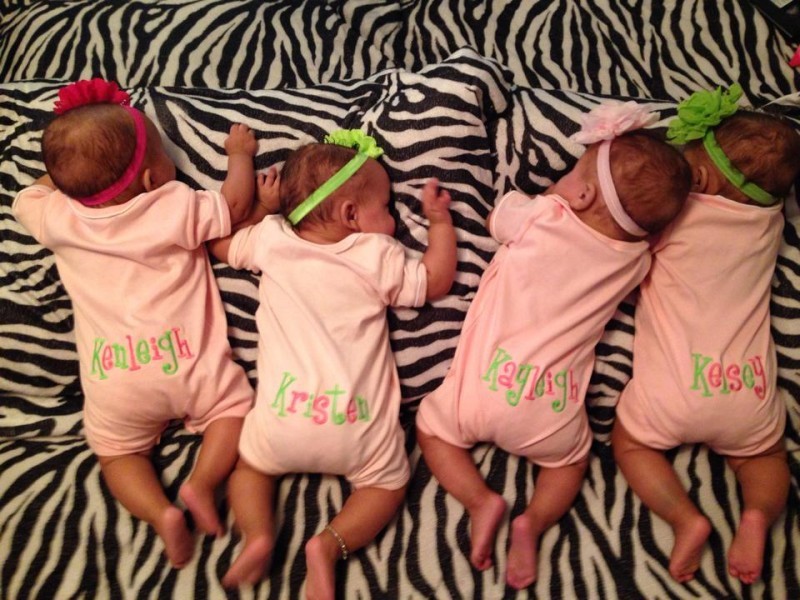 They’re all bouncing and healthy and Kimberly is fighting fit again. What a story!