Chinese television caught one of the craziest things ever seen by anyone – anywhere – on Sunday when they captured a man catching a baby that plummeted from a second storey window ledge.

The one year-old wandered up onto the ledge in Xiaolan Town, Zhongshan in the Guangdong Province of Southern China while looking for his mum. Once passers-by saw what was happening they rushed over to help. Some fetched things to break the infant’s fall like cardboard, others prepared themselves to catch the tot.

There was a torrential storm at the time too, making seeing and catching the falling child even more tricky than usual.

You simply won’t believe what you’re about to see… 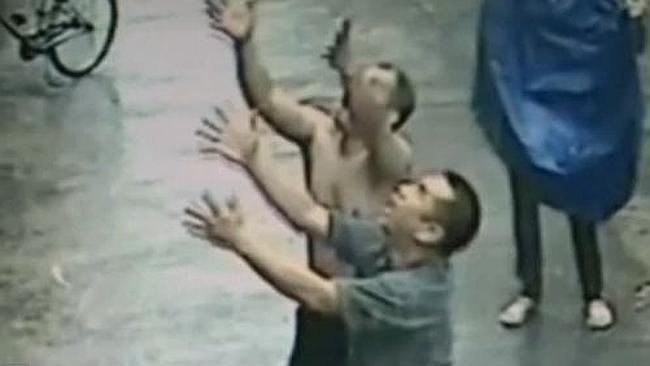 The heroic Mr. Li, who caught the baby, said after the event:

“I didn’t think too much at the time. I was just afraid of failing to catch him. Some people put down cardboard to avoid serious injuries to the baby if I failed to catch him. But I was still very worried.” 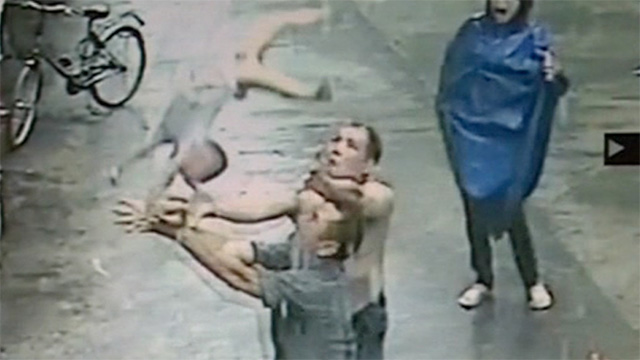 This is truly one of the most extreme things we’ve ever seen. You’ll barely believe your eyes as you watch this incredible video!

How brilliant is that? No doubt Mr. Li will be known to his friends as ‘Safe Hands’ from now on! Share this amazing video and spread the shock and joy with your friends. They won’t believe it either!