What was your 18th birthday party like? Did you go out? Stay in? Did you and your pals manage to get hold of any alcohol? Did your Mom or Dad organise it?! If so, it was probably pretty lame, wasn’t it? Well, that’s because your dad isn’t Jeff Lake. For his daughter Olivia’s 18th bash he went all out and set up ‘Liv’s Playboy Mansion’, a Playboy-themed party that caused quite a stir… More than 200 guests ended up turning up to Jeff’s place in Poway, California. Things got a little out of hand and Jeff got ARRESTED! 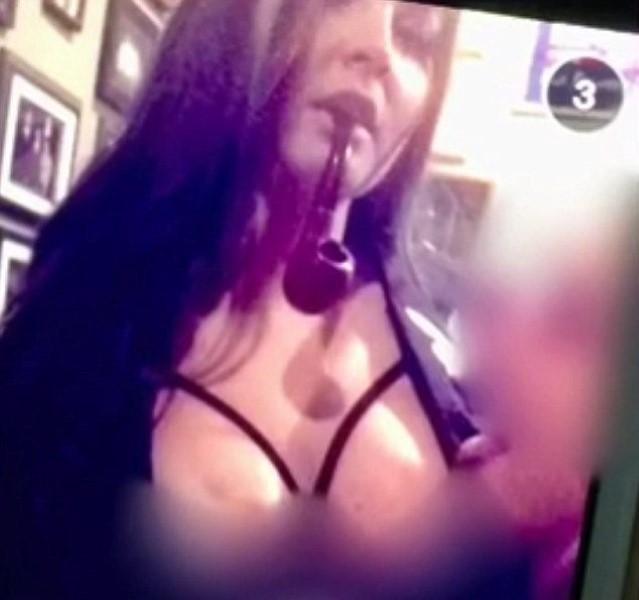 Liv, posing for a Snapchat photo at the party with a pipe in her mouth.

But just why did Jeff end up in handcuffs? After all, there’s nothing illegal about partying. Even if hanging out with your daughter and her friends at a lingerie party you’ve organized is a little creepy… Well, Lake overstepped the mark when he was caught supplying the ‘minors’ with alcohol. The weirdest thing? Jeff’s a lawyer! Check out the ABC News report:

Did you know?
Hugh Hefner’s Playboy Mansion is one of the only private residences in the whole of America with a zoo license.