All service dogs are special. Any animal that dedicates its life to helping another should be commended. But there’s something truly remarkable about Figo, a guide dog from Brewster, New York. This brave boy literally put his life on the line in order to save his blind owner as they crossed the road one day last week. The golden retriever threw himself in front of an oncoming bus to cushion the impact on his blind owner, 62 year-old Audrey Stone, effectively saving her life.

She got away with a broken ankle, elbow and rib – but things could have been a lot worse had Figo not forced his way between the minibus and Stone. And what’s more? He wouldn’t leave her side until the ambulance came. 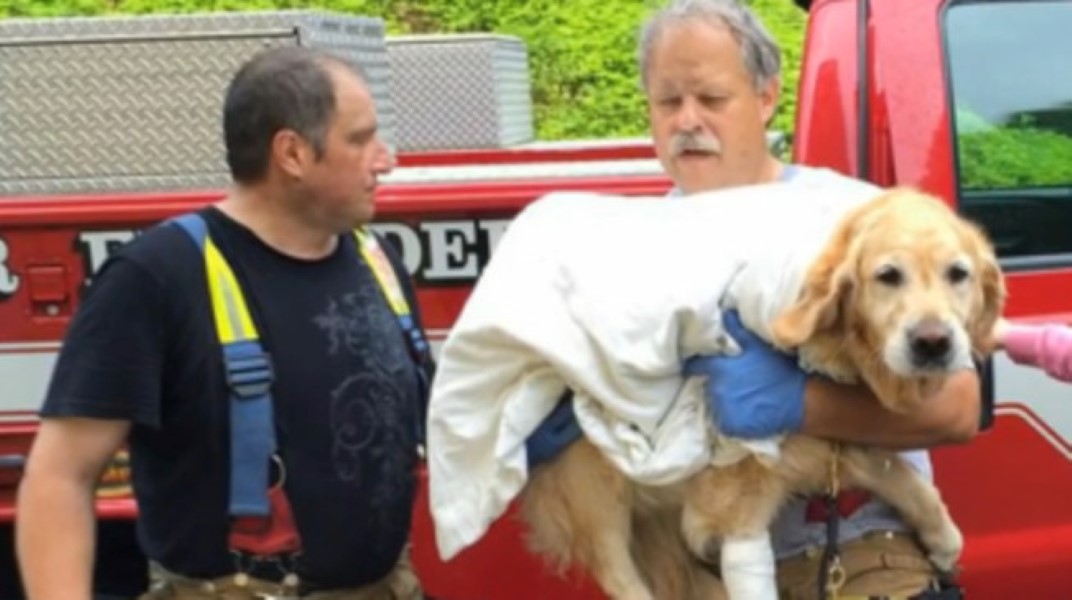 “The dog took a lot of the blow,” Brewster Police Chief John Del Gardo said of the incident. “And he did not want to leave her side. He stood right with her. He was there to save her.”

The manager of a nearby gas station who witnessed the incident and rushed to help, Paul Schwartz, agreed with the cop. “The dog definitely didn’t want to leave her side,” Schwartz said.

“He was flopping over to her, and she didn’t want him to get away from her, either. She kept screaming” Figo’s name. We kept telling her he was fine. He let us wrap up his leg without any problem. He wasn’t barking or crying or yelping. But he kept pulling toward her.” 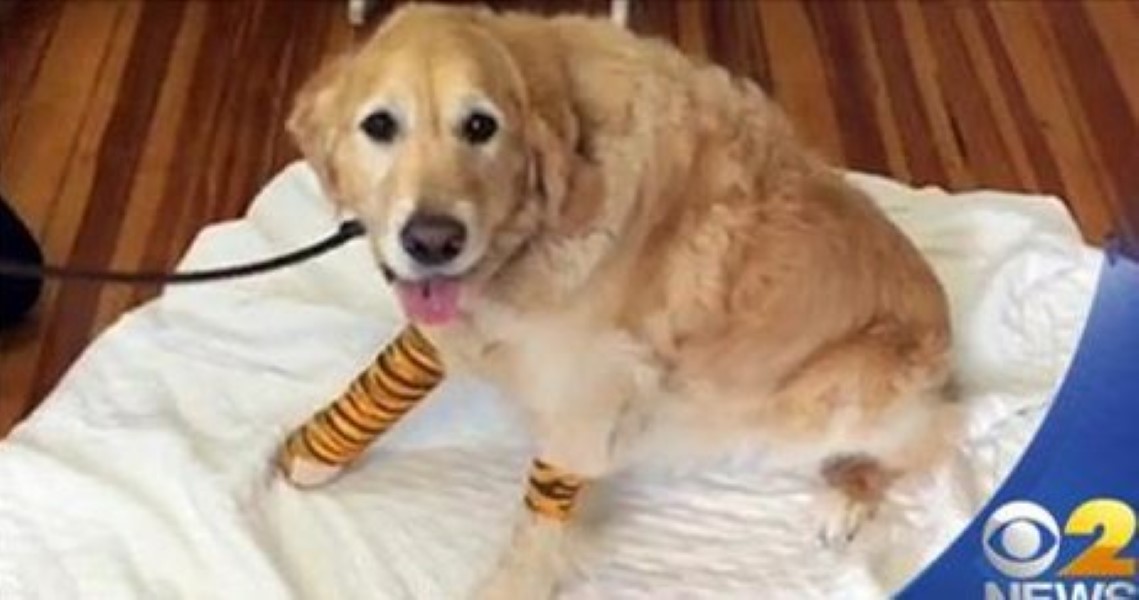 Figo underwent surgery on his leg, but both he and his owner are on the mend and recovering well. And their bond’s now even stronger than ever…