Recently, 21-year-old Godfrey Cutto was heading home on the bus from an evening with friends when he was approached by a complete stranger. The stranger took Godfrey’s and hand wouldn’t let go. At first he felt awkward but soon realized that the stranger was in distress.

“He kept holding my hand. I thought I was getting pranked at first, but he just needed comfort.”

The stranger was in fact a local man named Robert. Robert has special needs, as well as cerebral palsy and partial deafness. He was looking to Godfrey for kindness, and Godfrey obliged. 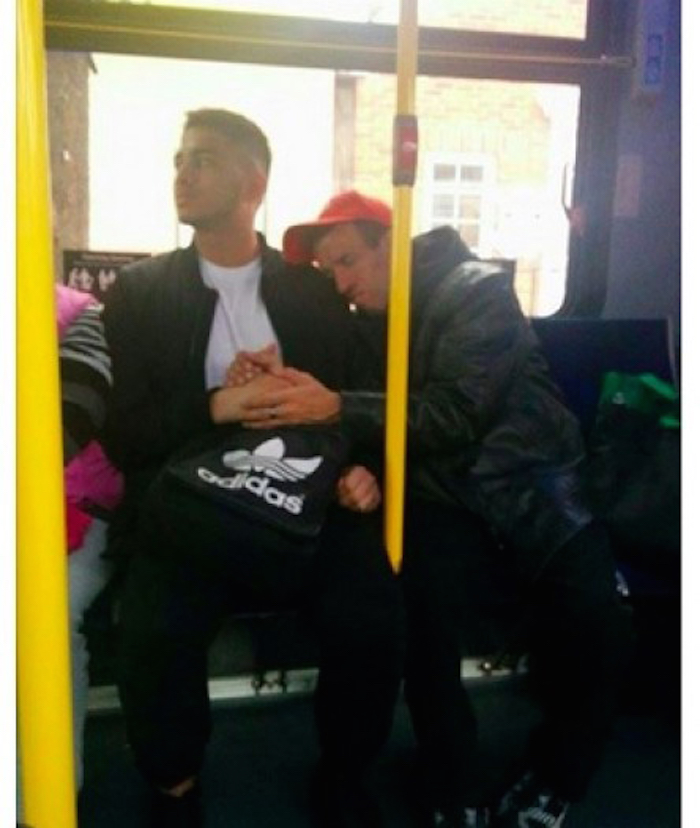 Godfrey remained on the bus ’til Robert got off, missing his own stop in the process. Robert clung onto Cutto throughout the journey.

“I just allowed it, like what am I going to do? Sometimes you just have to be selfless and put someone else’s needs above yours.”

Someone took a picture of the pair, and uploaded it onto Facebook, where a member of Robert’s family spotted it. They contacted Godfrey to thank him personally for providing comfort to Robert at a time when he most needed it.

Godfrey’s actions were beyond commendable. Next time you have the opportunity to help someone in need, don’t pass it up. It might just make the difference.