YouTube user Jeremias Maluw was strolling along Legian Beach, Bali, Indonesia when he came across something that both blew his mind and creeped the life out of him! You see, when he reached into the water to grab a handful of sand, he realized that it was actually millions of tiny-weenie crabs. Filming on his mobile phone, Jeremias can be seen picking up a handful of what he thought was sand, but actually turned out to be a swarm of tiny crabs, who proceed to crawl all over his hand and arm. 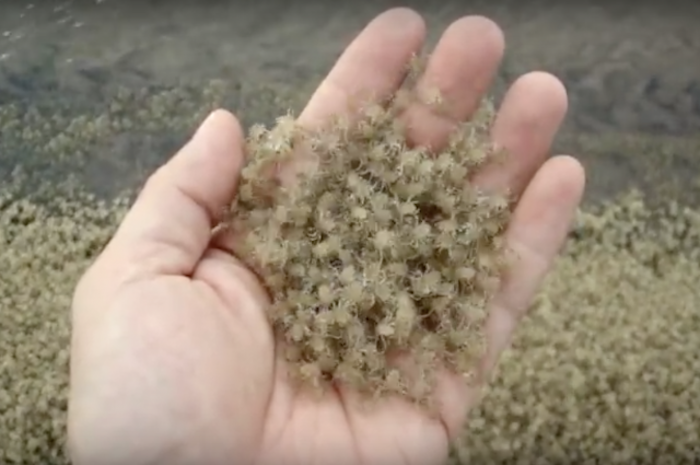 The footage was actually originally captured seven years ago, but recently went viral after a user posted it on Reddit. Jeremias is certainly a braver man than me. I don’t think I’d fancy millions of little crabs crawling all over me!

Watch the video below. If you dare!